February 19, 2021
I've spent a lot of time this last year hunkered down and afraid to speak. Yes, I realize it's probably just that I'm a pathetic person, not that there's any real reason to stay quiet, but for Lent, I figured I'd resurrect the blog and shout into the Internet void. (But not stare into it, because I don't want the Internet staring back at me.)     Anyway, 7 Quick Takes Friday seems a good way to jump back in. Let's see if I remember how this blogging thing works.   1.          1.  I'm pinned under a baby, which is why I am not doing chores, teaching school, or working and brain-intensive labor right this moment.    I'm stuck. Which is how a lot of the last year has gone for everyone, isn't it? Just stuck.   I have a sort of 4am Nausea of the Soul.   Where everything is hard, the day ahead looks miserable, and I would like to go back to sleep but can't.   2.     2.  This is sort of wrapped up in my screwy relationship with
1 comment
Read more

It’s May 25, so I have the unbearable urge to post something about Night Watch by Terry Pratchett. If you haven’t read it before, go read it and come back. I’ll wait. (You may want to read one or two other books in the ‘Watch’ series first, just to get a feel for who Vimes is, but I think this also works as a stand alone if you’re willing to enter whole-heartedly into Discworld and not demand a ton of background for every character, place, and trope.   However, it’s more enjoyable if you’ve read a few, since you get to see some favorite side characters as young people.) Are you back? If you’d already read it, you got caught in a reread, didn’t you? It’s OK. I can feel comfortably smug because I marked my calendar so my annual reread would be over before today. I’m special like that. Anyway, back to Night Watch.   I’d argue that Night Watch is one of the best midlife crisis books out there.   When we start the book, Sam Vimes is in the thrall of a midlife crisis.   His wi
Post a Comment
Read more

Random Wanderings in the Realm of Exhaustion 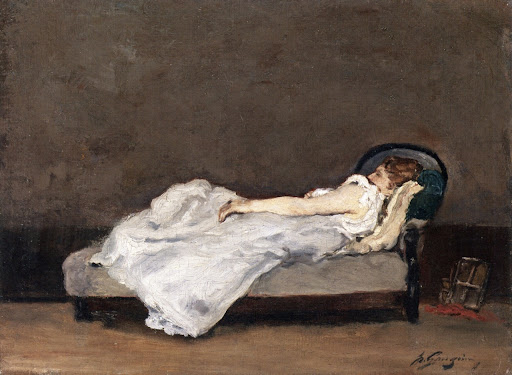 So, I've discovered another reason why I abandoned blogging in favor of Facebook.  Facebook is easier to do when you're sick and exhausted. It's been more than a week since I can string enough words together to blog. The whatever-it-was we picked up across the border has left us all feeling... exhausted. We're not contagious anymore, just enervated. There's this desire to flop about on couches and not move, even though spring is here and the weather is gorgeous. It's so bad that I can't even bring myself to walk around the corner to the currently-going-on 40 hours devotion. I've been moving a load of laundry here or making a pot of tea here, and collapsing.  And I'm actually resting, because a little over a month ago I bullied a friend with a similar ailment into resting, and if I don't rest she'll come after me. But things are just so hard when you're exhausted. Books don't really make sense, so my "Lewis for Lent"
Post a Comment
Read more

Mostly Through Lent--And A thought on the Blogging Experiment

March 28, 2019
So, we're a good chunk of the way through Lent, and the attempt to resurrect the Catholic blogosphere seems to have gone kaput. Initially, I'd thought we lost the blog-world because of branding, monetization, and pressure to perform.  But now, seeing how this attempt is failing to take hold, I'm wondering if maybe it's just preferred forms of social media change as technology changes. Back in high school (I graduated in 1995 and went to a STEM school, so we had internet access early) social media was usenet groups, BBS servers, MUSES, MUDS, and ... I guess we can throw AOL IM in there too. Those were mostly supplanted by blogs, though I think Reddit maintains some of the Usenet feel. Now, Facebook sort of combines blogs, groups, and IM all in one platform, and we can share photo and video easily too. And now that I finally have a smartphone, I appreciate how well the apps work. Facebook actually is a nicer way to have discussions and share lives than blogs. As long as
1 comment
Read more
More posts

Deirdre Mundy
I work from home, homeschool, and wander around Southern Indiana and the internet meeting and conversing with interesting people along the way. I'm aggressively Catholic and recently had to give up politics on my doctor's orders, because I am getting old.